Charitable status: The Branch shares the registered charity status of the national Royal British Legion whose number is 219279. 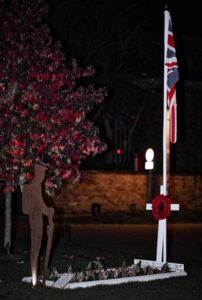 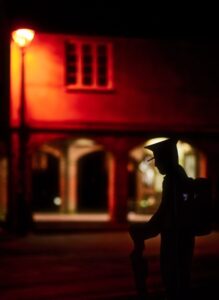 The Branch was formed in 1925 when it occupied the former Red Hand Club on the east side of High Street just near to the Tchure in which it operated its social club. The Club closed on 30 September 2017. Falling membership and the cost of extensive repairs needed on the building meant that the Branch was no longer able to maintain its building. The proceeds from the sale were passed to the Parish Council as required by the Deed of Trust by right of which the Branch occupied the building.

The names of those Deddington men and women who have died for their country in both World Wars and later conflicts, and who are remembered on our War Memorial and elsewhere, can be found on this website via the link  History/A Parish at War. The names of those who served in the Armed Forces, The Home Guard, Royal Observer Corps, The Women’s Land Army and Timber Corps and the Emergency Services are all recorded and some of their stories told.